Effective scams operate and succeed on the basis of human vulnerabilities. Where potential victims of scams see a chance to get a good deal, build a connection, help someone in need, or make a quick buck, scam perpetrators see opportunities they can exploit.

In this excerpt from “Scammer, Beware: Building Societal Resilience To Scams” by Singapore’s Home Team Behavioural Science Centre, Crime, Investigation and Forensic Psychology Branch, we take a look at the behavioural and psychological analysis of scams.

Scammers are able to gain compliance by appealing to the psyche of their targets (i.e., convincing others of their sincerity, establishing credibility, or appearing as a means to an end at opportune times).

To carry out their schemes, scammers make use of various behavioural and persuasion tactics, expressed through verbal cues, dynamic factors of their communication, and any supplementary aids (e.g., spoofed social media profiles, scam scripts, accomplices, etc.).

These unscrupulous individuals carry out their schemes with varying degrees of consequences, with victims of scams suffering financial losses, emotional impacts, and even biopsychosocial effects (Button & Cross, 2017).

Scammers may adopt social engineering tactics, which refer to tactics that intend to trick or manipulate individuals into agreeing to take an action that does not benefit them, though in scam situations, it tends towards a loss (of information, money, trust, etc.).

Through social engineering, individuals may end up clicking on fraudulent links, sharing personal details, or making payments or transactions without knowing that the action is part of a scam (Hadnagy, 2010). Social engineering tactics thrive due to decision-making errors inherent in us, which in turn lead to scam compliance (Fischer et al., 2013; Jakobsson, 2016; Lea et al.,2009).

The Elaboration Likelihood Model of Persuasion

Studies conducted by psychologists have found that when individuals adopt more emotion-based processing, they may end up making more errors and poor decisions. The Elaboration Likelihood Model of Persuasion (ELM) (Petty & Cacioppo, 1986) supports this finding as well (Figure 3).

The ELM states that if a person is both motivated and able to process a message, they conduct deeper, effortful, and more logical processing (through the central route). Conversely, suppose the individual is unmotivated or unable to process a message, they may have more superficial, emotion-based processing (through the peripheral route), leading to quicker but poorer decision-making.

Scammers aim to activate this peripheral route (e.g., by applying time pressures) since targets are more susceptible to making mistakes and agreeing with deceitful scam requests through this route.

However, in dealing with the psychology of scams, and understanding why people fall victim to scams, it is important to focus on the perpetration tactics.

As per Cialdini (2001; 2016), there are seven persuasion principles which have been seen to efficaciously influence individuals.

Namely, these persuasion principles are:

Most of the scams, including the top scams of concern in Singapore, such as e-commerce scams, investment scams, loan scams, and social media impersonation scams, make use of these tactics to induce liking, establish credibility, develop a relationship, and/or create the illusion of dire circumstances that targets must act upon to avoid punishment or gain a reward.

Table 1 details these persuasion principles alongside examples of their application in scam situations.

Besides Cialdini’s principles of persuasion, other tactics of social influence like the foot-in-the- door technique and the door-in-the-face technique may also be used to persuade people into ultimately falling victim to scams (Goldman, 1986).

These techniques allow scammers to gain the confidence of their targets either by first making small, easy-to-fulfil requests to elicit compliance with larger ones in the future (foot-in-the-door) or make unreasonably large requests to get targets to comply with comparatively smaller (actual) requests later (door-in-the-face).

Figure 4 and Figure 5 provide examples of how each of these techniques may be applied in a scam situation.

Looking at the broad progression of scams as a whole, most scams can be seen to begin with the initial point of contact between the scammer and the target, and followed through till the scam is either completed (e.g., the victim transfers money to the scammer) or disrupted (e.g., the target avoids falling for the scammer’s claims and/or disengages).

Scammers may use different modes, mediums, or platforms to initiate contact with their target(s). The scammer may use a number of lures to bring in potential victims, either via specifically targeted actions (e.g., by sending targeted spoofed SMSes addressing individuals by name) or mass attempts (e.g., by sending out mass phishing emails to entire address books).

Furthermore, scammers may approach their target(s) under the guise of a potential love interest or confidante, the representative of a trustworthy organisation (e.g., loan provider from a recognised financial institution), impersonate an existing person (e.g., friend, family member, celebrity), or claim to be from a position of authority (e.g., Ministry of Health representative).

After initial contact is made, the scammer may adopt a dependable and trustworthy persona to convince their target and make requests that they would agree to. The scammer may do so via the seven persuasion principles (Table 1) mentioned earlier in this chapter.

For some scams, particularly internet love scams or investment scams, the scammers may focus on the next stage: rapport-building.

Rapport-building in this context refers to the (usually gradual) establishment of a relationship between the scammer and their target to create a sense of shared understanding, attachment, and/or a basis for prolonged communication.

By creating a strong affiliation and leveraging the targets’ innate needs, wants, or tendencies (e.g., appeals to greed, lust, safety, fear-avoidance, need for connection or love), scammers may be able to elicit irrational, emotion-based reactions instead of logical ones to reinforce compliance (i.e., via the aforementioned peripheral route of processing) (Yeo et al., 2020).

In practice, scammers have been seen to exploit their targets’ greed by claiming to provide quick financial returns on fraudulent investments, or appeal to one’s innate fear-avoidant tendencies (e.g., via the use of forged proof that the target is in trouble with the law and the scammer could help the target avoid punishment).

Once the relationship has been established, the scammer may breed a sense of dependency, before leading up to the “hook” or making a scam request.

The scammer may do so by emphasising similarities between the target and themselves, displaying vulnerability, showcasing (fake) credentials, or offering access to exclusive opportunities.

In some scams, especially internet love scams, psychological grooming, which refers to the psychological manipulation of individuals in order to elicit a high level of trust and dependency from the target (ABC News, 2017), could also be involved to entrap the victims in a cycle of victimisation.

Through these efforts, the scammer may strengthen the shared relationship, making it easier to manipulate their target into believing a false claim and/or making a transaction.

For instance, at this stage, if a scammer conveyed the urgent need for funds to cover medical expenses, an emotionally-invested target may agree to make the necessary transactions to help the scammer.

In fact, the target may do so at a personal cost, in opposition to advice against such dealings, and even fall victim repeatedly.

The Behavioural and Psychological Analysis of Scams Summary

Overall, basic human vulnerabilities and characteristics enable the success of social engineering techniques, applications of persuasion principles, and the general progression of scams.

While individual-specific demographic characteristics, personality traits, knowledge, and skills may determine the extent to which people engage in a scam, other perpetration-oriented factors such as the mode and medium of approach, the use of dynamic factors, complementary tools, and other nuances serve as valid influences too.

Additionally, the methods and strategies employed by scammers may differ based on scam types; scams with different modus operandi employ different scam tactics and means of persuasion.

Individuals may also fall victim to different tactics at different stages of scams. For example, fraudulent sellers in e-commerce scams may have more instrumental discussions (on quality and price of product, time of delivery, etc.) with buyers (potential victims).

In contrast, scammers in internet love scams would likely reinforce greater emotional bonding with their targets.

Nonetheless, the behavioural and psychological analyses of scams underline the commonalities amongst the scam experiences, both from the scammers’ and (potential) victims’ perspectives.

The “Scammer, Beware: Building Societal Resilience To Scams” e-book is available on Scam Alert by the National Crime Prevention Council (NCPC). NCPC is a non-profit organisation committed to promoting public awareness and concern about crime and to propagate the concept of self-help in crime prevention.

More personal finance content that you should check out

How to tell if it’s a job scam (IG Reels)

Prepaid for a package? What happens when the company closes abruptly? (Read)

Insurance Pay or Not: Will my insurance pay in this accident? (YouTube)

The “ABCs” of financial planning for property purchase

Me-ssion: Getting your Sh*t Together – A Personal Development Journey

Because it takes a team to do great things!

Scam alert: Is this a job scam? Don’t fall for it #shorts

How To Spot Phishing Scams And Avoid Falling Victim #Shorts 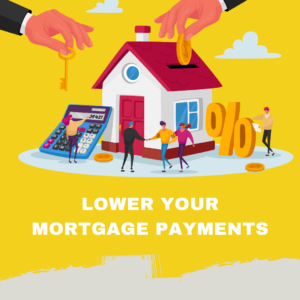